We would be happy to incorporate your German company for you.

The process through which your company will be incorporated is as follows:

Still the company is operational once the foundation deed has been notarized.

Alternatively, as you are in Berlin, you can complete the foundation process or certain parts of it – as you wish – yourself.

If so, we can consult you throughout this process. Please let us know if this would be your preferred option.

Company formation in Germany – here is a guideline

3.            After payment of the invoice has been made, we will start the incorporation process

5.            Once the company has been registered in the commercial register, we notarize the transfer of all shares to you

7.            We then provide you with the draft shareholders resolution to appoint yourself or a person determined by you as managing director (resolution in writing)

8.            You or the person determined by you will have to sign the filing of the new managing director in notarized form at a German notary or at a German embassy or consulate

9.            I will withdraw as managing director of the company after you or the person appointed by you has been registered in the commercial register.

Please let us know should you have any question. Your Startupr Team 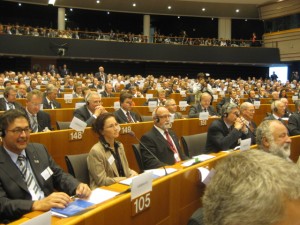 Hi, do you remember when I was posting an article about the European Parliament of Enterprises of 2008? Where I had been as a member of European enterprises.

Contact your chamber of commerce and register your company. I’m not really  sure when is the application deadline for each country however, it’s just a reminder.

by organizer: “For the “European Parliament of Enterprises” EUROCHAMBRES brings together over 750 business men and women, coming from 45 European countries who get a chance to ‘become’ Members of the European Parliament for one day, debating and voting on some of the most crucial topics currently at the heart of the political debate.”

good luck with the application 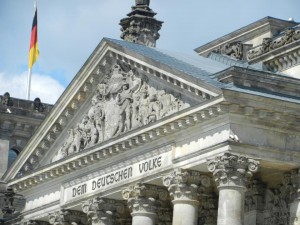 Startupr provides a streamlined and efficient way to incorporate your German business company with limited liability (in German: Unternehmergesellschaft (UG) (haftungsbeschränkt)). You will get a newly created, fully operational German business company within up to three weeks which will not have conducted any operational business up to the point when you acquire it. All foundation related issues will have been dealt with so that you can concentrate on your operations right away. We do not guarantee processing times by Company Register and bank office but do endeavor to provide you with the quickest foundation process available.